Tamworth Regional Council, together with the Country Music Association of Australia Inc. (CMAA) has today announced that the 49th annual Country Music Awards of Australia, the Toyota Golden Guitar Awards, will proceed as a LIVE event from the capital of country music in Australia, Tamworth NSW. 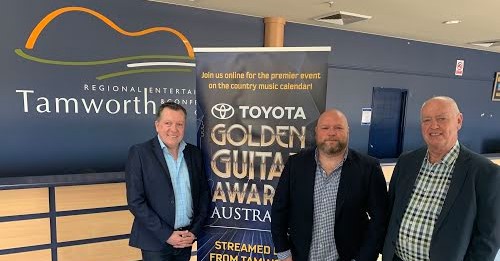 Taking place at the Tamworth Regional Entertainment and Conference Centre (TRECC) on Saturday 23 January, the 2021 Awards will be revamped to comply with NSW health restrictions and social distancing measures. That means the event will be open to industry only. It will be set in an intimate cabaret design with a combination of live performances from the finalists and the winners announced on-stage, pre-recorded moments, crosses to those who may be unable to make it on the night – and no audience.

Toyota Golden Guitar Awards Executive Producer, Mr. Peter Ross, said: "As we worked towards planning the 2021 Awards, both operationally and fiscally, it became clear that a live presence here in Tamworth was precisely what the industry needed. It is the perfect way for Tamworth to demonstrate its support for Australia's country music artists in what has been an incredibly tumultuous year.

"By having artists and industry physically in the room, they can present, perform, accept awards, and support each other's recording excellence over the last year. While audiences will not be able to witness the atmosphere at TRECC, they will be able to experience the sensational show via the online stream."

The set up at TRECC will be smaller than previous years and will see artists and industry at round table seating with COVID distancing, rather than the usual theatre-style arrangement and the ABC will continue to be the Awards' broadcast partner. 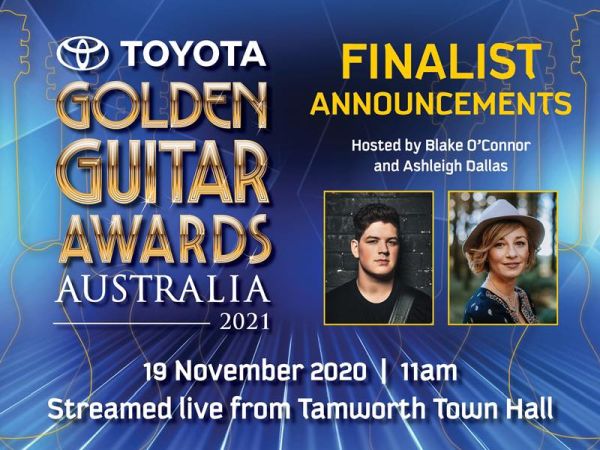 Tamworth Regional Council and the Country Music Association of Australia will announce the finalists for the 2021 Awards on Thursday, 19 November 2020, via a live-streamed event from the Tamworth Town Hall.

Hosted by Golden Guitar winning artists Ashleigh Dallas and Blake O'Connor, the finalist announcement will also include a combination of live performances and pre-recorded packages.

CMAA Chairman Mr. Dan Biddle said: "Despite COVID abruptly curtailing all live music across the nation for some time, country music continues to be a guiding light for artists, musicians, songwriters and many others in the industry, including the fans, helping steer a course for a strong comeback in 2021."

That strong comeback is set to be propelled in January with the Toyota Golden Guitar Awards celebrating a record number of entries in the APRA AMCOS Song of the Year, Apple Music Single of the Year, Video of the Year, and New Talent of the Year categories.

As Dan explains, "APRA AMCOS Song of the Year had 111 entries, quietly slipping past the previous record number of entries in 2020 by seven, and Apple Music Single of the Year had 119 entries, five more entries than in 2019 and a very respectable 22 entries over 2020.

Dan says that country music has much to offer young and up-and-coming artists, with another record number of entrants in New Talent of the Year.  "We received 87 nominations for New Talent of the Year, which is reflective of country music's resurgence in recent years and it's new state of omnipresence, but the stand-out record was in the Video of the Year category. There were an extraordinary 113 entries this year, eclipsing last year's record number by a massive 28 entries."

While the industry has been challenged, both Tamworth Regional Council and the CMAA are committed to delivering a safe and memorable Awards event in 2021 to celebrate our country music artists' recording excellence and the country music camaraderie.

"What is patently obvious is that music is vital in our pandemic-hit world, and country music will always rise to the top no matter the difficult circumstances the arts industry finds itself in," said Dan.